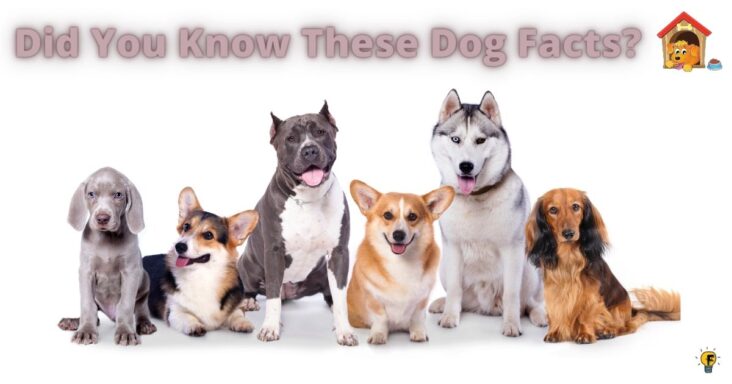 Yay! Dogs. We know that most people love them and want to have at least a dog at home. Some of them want their houses to be safe and comfortable, and some of them want a buddy or friend that will get rid of all their frustration, tension and stress. Dogs can make a man’s best friend. The idea that dogs are far more loyal than humans is well known to all of us.

So today, we are going to tell you some interesting and impressive facts about your favourite pet.

There are a lot of reasons why dogs lick people, licking is an instinctive behaviour that dogs have since the time they are born. Majority of the people think that every time their dog licks them, it’s out of love but it could be because of a variety of facts such as affection, taste, communication, for a reward/attention, to show submission, a medical reason, enjoyment, grooming or simply to investigate.

Did you know that of the twelve confirmed dogs, only three survived the sinking of the Titanic? They were all small dogs in first class and included a pomerian puppy – which her owner wrapped in a blanket to hide, and everyone thought she was carrying a baby to the lifeboat. Another Pomeranian and a Pekingese were also rescued. If those dogs had been caught, they probably would not have been allowed on the boats. Move over Rose and Jack!

3. Dogs are not Color Blind

The belief that dogs see only in shades of black and white has been attributed to Will Judy, a lifelong dog fancier, writer, and past publisher of Dog Week magazine. He claimed to be the first to declare that dogs had poor vision and thought they were able to see single shades and tones and only general outlines and shapes. “It’s likely that all the external world appears to them as varying highlights of black and gray,” Judy wrote in his 1937 manual, “Training the Dog.”

Scientists now believe that a dog’s color vision is similar to that of a person who has red-green color blindness. Dogs can make out yellow and blue, and combinations of those colors. This renders a lot of the world grayish-brown. That lush green lawn? It probably looks like a field of dead hay. That bright red velvet cushion? Still comfortable, but it probably comes across as a dark brown blob to the dog.

If you thought all dogs barked, then prepare yourself for this dog fact! The basenji dog doesn’t tend to bark, instead they are known to yodel, whine or scream. The unique noise they make can be best described as a yodel.

5. Dogs have wet noses to help them absorb scent chemicals

This amazing dog fact might answer a longstanding question that pet owners possess. Why are dogs noses wet? Vetstreet states that the response is that dog’s noses are moist to help them absorb odor chemicals! Dog’s nose secretes a unique mucus which helps to absorb those compounds, and then they lick their noses to sample them, helping them know what the smell is.

Many pet owners might not have heard of this fascinating dog fact, but did you know that your four-legged friend has three eyelids? According to studies, the third lid is called the ‘haw’, or nictitating membrane, and it’s responsible for keeping the eye protected and lubricated.

7. The African Hunting dog is the most successful hunter in the world

The African Hunting Dog is the most successful land hunter in the world. They’re successful in 50-70% of their hunts. Incredible for a friendly canine!

The shar pei and chow chow the are the only two dog breeds that have fully black tongues. The cause of these black tongues is currently unknown, which is incredible.

9. A Greyhound can beat a Cheetah in a long distance race

A greyhound would actually defeat a Cheetah in a long distance race. According to studies, Greyhounds are excellent long distance runners and can maintain a speed of 35 mph for up to 7 miles. Though the Cheetah is incredibly fast it can only keep it’s speed for up to 200 – 300 yards, so they are fast they can be overtaken by a Greyhound eventually.

10. A Bloodhound’s sense of smell can be used as evidence in court

According to PBS, sense of smell of a Bloodhound is so accurate that it can be admitted as evidence in a court of law. Bloodhounds can also follow tracks that are over 300 hours old and can stay on a trail for over 130 miles.

The tallest dog in the world was a Great Dane named Zeus. It measured at 44 inches tall from his foot to his withers on October 4th, 2011. It’s height when Standing on his hind legs, Zeus stretched 7 foot 5 inches. He’s the current Guinness world record holder.

12. The Ewoks in Star Wars were based on a dog

You will love this fact if you’re a star wars fan, which claims that George Lucas modelled the Ewoks after his family dog!

13. The Beatles song ‘A Day in the Life’ has a frequency that only be heard by dogs

In 2013 Paul McCartney claimed that he added a frequency only dogs can hear at the end of the Beatles song ‘A Day in the Life’. Watch your dog next time you play that song maybe?

14. Saluki is the oldest dog breed in the world

Saluki is the Guinness World Record holder for the Oldest Dog Breed. The breed dates back to 329 BC. They were kept as royal pets in Ancient Egypt. Carvings of these dog were found in Southern Iraq which dates back to 7000 BC, of a dog that looks similar to a Saluki. 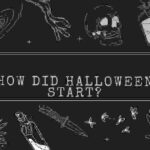