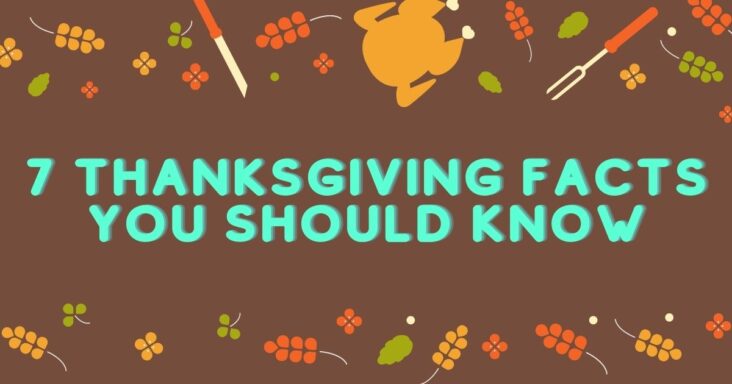 Thanksgiving is not one of the most popular festivals celebrated across the globe. It is a day of feasts, family, football, and more! Although a native of North America, this celebration brings joy to countries beyond the seven seas.

People from all countries and cultures wish to become a part of this legendary celebration as Thanksgiving has now become a much-awaited time of the year even for non-Americans. Thanks to American soap operas and movies, there are only a few who are oblivious to this beautiful day and the various traditions that come along.

Apart from luscious Turkey and family gatherings we usually see on screen, there is much more to this festival than we already know. Therefore, to make you an expert on this celebratory dinner, below mentioned are some facts that every Thanksgiving enthusiast should know:

Wampanoag Indians and the British colonists are believed to have had their first Thanksgiving celebration in 1621, in Massachusetts. They are said to have shared their meal and enjoy the ceremony that had lasted for days.

Fact #2: The first Thanksgiving dinner was different than its modern counterpart

Today’s Thanksgiving celebration witnesses stuffed Turkey, mashed potatoes, cranberries, etc. but the first celebratory dinner was somewhat different. It consisted of a deer, local fruits, and vegetables of the first harvest that Wampanoag Indians brought to the colonists.

Fact #3: Football became a thanksgiving tradition because of a college game

Just thirteen years after Thanksgiving was declared a national holiday, a football game between Princeton and Yale took place. The game gained major popularity and began the tradition of college rivalries and games during the holiday season.

Presented by a Mississippi man, the gift is given to the President was a live raccoon. Although it was meant to be feasted on, the President’s family adopted the animal. They even named it Rebecca that became a permanent member of their family.

Fact #5: The poem “Mary had a little lamb” led to Thanksgiving becoming a national holiday

The concept of Thanksgiving is a national holiday did not come to light till the year 1863. The suggestion was raised by author Sarah Josepha through her poem as she thought America needed a yearly national holiday.

Fact #6: Cranberries became a part of the tradition due to the shortage of sugar supply

These red berries were eaten by the Native Americans and were also used as a dye. When the colonists had exhausted their sugar stalk, the Indians suggested cranberries that eventually became a must on Thanksgiving dinner.

The famous Thanksgiving parade that is now broadcasted on TV every year was originally a Christmas parade promised by the Macy’s superstore. The store wanted to celebrate its expansion two weeks before Thanksgiving and promised gigantic floats and circuses.

The legend of Thanksgiving and its dinner is undoubtedly rich and enlightening. Getting together with friends and family brings enormous joy and a happy end to the year. Make your festival even more interesting by discussing some of the facts mentioned above with your loved ones. Happy holidays! 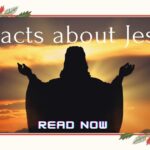 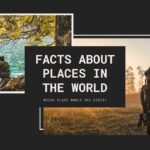