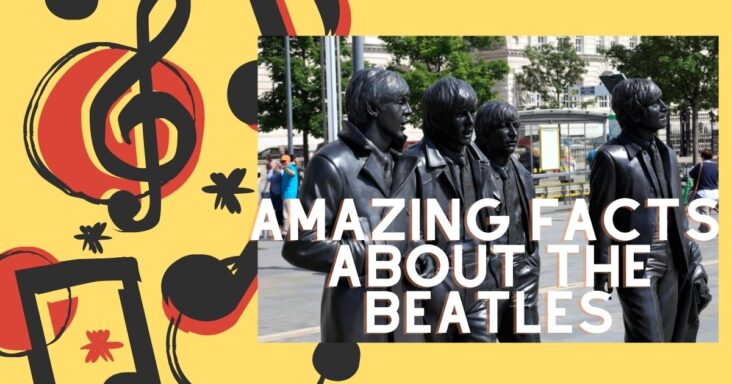 One of the most influential bands of the 20th century, The Beatles, hardly needs any introduction. Though the band came to light in the 1960s, their songs still hold a special place in our hearts.

They drew inspiration from a varied range of music styles, be it ballads, Indian or classical music. They sieved beauty from different styles, and this is what makes them eternal.

Here are a few facts about The Beatles you must know:

Fact #1: History of the Name

The band changed several names from 1957 till they finally became ‘The Beatles’ in 1960. They started as “Blackjacks” but changed their name to “Quarrymen.” The Liverpool boys were a fan of “Buddy Holly and the Crickets.”

This gave them the inspiration for using an insect name as their title. Stuart Sutcliffe, Lennon’s friend, joined the band in January 1960. It was he who suggested the name “Beatles” as a tribute to Buddy Holly. From “Beatles,” it became “Silver Beetles,” then refashioned as “Silver Beatles,” until finally renamed as “The Beatles” by August 1960.

Fact #2: The absence and presence of John Lennon’s Father

Alfred Lennon, John Lennon’s father, abandoned John in his childhood when he was five. John spent most of his childhood with his aunt and uncle, Mimi and George Smith, in Woolton, England.

Alfred Lennon was a merchant mariner who was absent for most of his son’s youth. When John became famous, Alfred tried to contact him. He also made a recording which received popularity because of the hype of the Fab Four.

Success doesn’t always require perfection, and The Beatles are the best example. Though all the members knew how to play respective instruments, none of them knew how to read music. Feel it and rock it!

On February 11, 1963, The Beatles recorded a historic number of ten songs. These songs appeared on their debut album, “Please Please Me.” It was a non-stop 12-hour session. John Lennon said his voice wasn’t the same for a long time after it.

On their trip to the United States in 1964, they met Bob Dylan. Bob introduced them to marijuana, and since then, John, Paul, Ringo, and George started smoking pot regularly. It was until 1967 when they were inspired by Maharishi Mahesh Yogi and denounced drugs.

The Beatles attended a seminar of Maharishi Mahesh Yogi in Wales in August 1967. Because of their manager Brian Epstein’s death, they discontinued the seminar. After that, they decided to visit Maharishi in India.

As decided, they came to Rishikesh in February 1968 to be a part of the Transcendental Meditation training course at the ashram of Maharishi. This ashram is now famous as the Beatles Ashram. It was after their visit to India that they quit drugs, and this received massive media coverage.

Very few people had the knowledge of John being legally blind without his glasses. Later It became public that he was also dyslexic.

“The Beatles” have been more than entertainers for all of us. Despite all the hardships and stigma in life, they pursued their passion and excelled in it. Today, they are true examples of faith in oneself and the strength of team spirit. 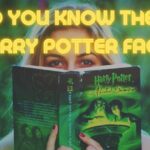 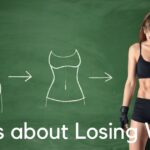