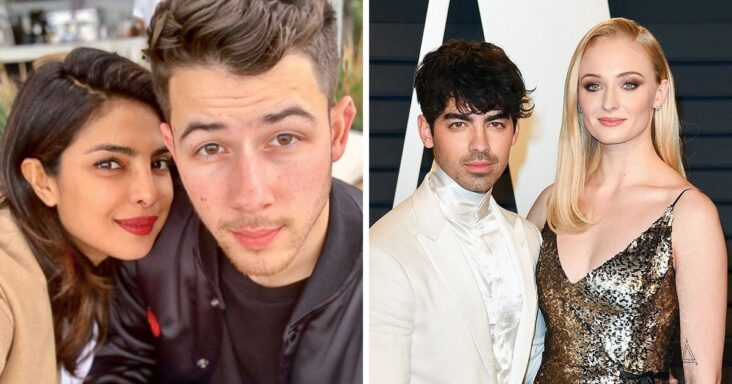 Love knows no boundaries. The pies are baked and ready for consumption as we celebrate these celebrity couples that met online, but fell in love with each other across state lines or even internationally!
illustrate how technology has transformed our lives by allowing us access to people all over the world through social media platforms like Facebook where you can find your next significant other without leaving home – what could be more convenient than this?

Here are the star couples that met online:

In 2017, Joe Jonas and his wife, Game of Thrones actress Sophie Turner, announced their engagement. But before they even met, mutual acquaintances attempted for a long time to introduce them, but nothing ever worked out. “We were following each other on Instagram, and one fine day, out of the blue, he direct-messaged me,” Turner explained. Jonas and Turner have now welcomed their first child, Willa, into their family.

Mandy Moore, one of the stars of the TV show This Is Us, also thanks Instagram for introducing her to her fiancé, Taylor Goldsmith, a musician and frontman for the band Dawes. Moore shared, “I snapped a picture of the [Dawes] album and posted it on Instagram.” “Taylor noticed it and wrote me a note.” We began exchanging emails, then went on a date, and the rest is history.”

The love story of Sarah Hyland and Wells Adams could be the basis for a romantic comedy. Adams was in the twelfth season of The Bachelorette, an American reality television show. Hyland was watching the show and thought Adams was adorable, so she posted about it on Twitter. “And that was the beginning of our love story,” she explained. Adams snuck into Sarah’s DMs after seeing the tweet, which led to extended online talks and, eventually, real-life dates.

Hannah Cooper, an English comedian and actress, met Joel Dommett, an English comedian and actor, online. She was the one who sent the first text message. “We met on this wacky social media site,” Dommett explained. “She sent me a DM with just the [cat heart eyes emoji] — and I’ll never stop telling folks she was the one who messaged me initially.” In the year 2019, Dommett and Cooper married.

“Barbara Palvin started following me [on Instagram], so I was like, I guess I’ll offer her something,” Dylan Sprouse said before texting her for the first time. In an interview with Palvin, Sprouse revealed, “And I slid into her DMs.” Palvin, on the other hand, was hesitant to respond: “I knew I wasn’t in a good mood at the time, and maybe deep down I sensed it could be something more,” she explained. The break lasted six months.

The management asked Sprouse if there was anything he needed to do before heading to China for a 6-month film shoot. “And for the first time in six months, Barbara came to mind, and I thought to myself, ‘I wish I had time to take this girl out on a date,'” Sprouse said. Palvin sent him a message 10 minutes later.

Tyler Stanaland used social media to contact Brittany Snow, the star of Pitch Perfect. Snow explained, “We had a lot of mutual connections, and he really reached out to me on Instagram with a really poor pickup line.” However, it appears that the ruse worked. Stanaland and Snow married in 2020 and are now living happily ever after.

Sarah Paulson revealed during an appearance on Watch What Happens Live that her and Holland Taylor’s relationship began as “a Twitter thing.” Taylor, it turns out, was the one who initiated the romance by slipping into Paulson’s direct chats.

In a May 2020 appearance on Watch What Happens Live, singer and model Dua Lipa revealed that she sneaked into her fiancé (and brother to Bella and Gigi Hadid), Anwar Hadid’s direct messages before they started dating. “I have a confession to make, and mine was my guy,” she stated, referring to her present boyfriend. Despite the fact that Lipa and Hadid had previously met, the message she posted on Instagram that day continued their friendship.

Nick Jonas, another Jonas sibling, was involved in an internet romance. Nick Jonas and Priyanka Chopra married twice in 2018: once in a Western ceremony and again in a traditional Hindu ceremony. Surprisingly, Jonas started the affair that led to a fairy-tale wedding by sending Chopra a Twitter DM. Jonas wrote, “I’ve heard from a few mutual acquaintances that we should meet,” and the rest is history. 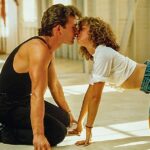 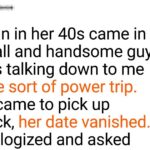