Swiping through Tinder is akin to a game of chance. You never know who the person you’ve been paired with is. They could turn out to be a creep, sending you unsolicited photos of their genitals, or even worse, you could meet someone who is anti-animal.

So Tumblr user softandanxious knew she was taking a chance when she shared her number to a Tinder user. But luck was on her side, as softandanxious discovered that she had crossed paths with a rock fan. And not just a zealous enthusiast who occasionally discusses his pastime. No way. The guy isn’t going to stop sending her photos of his collection. The girl, on the other hand, is not enraged. On the contrary, she considers it to be the best thing the app has ever produced. And after reading their dialogue and seeing the dude’s real enthusiasm, you’ll probably come to the same conclusion.

If you believe softandanxious has poor hopes for Tinder, you’re right. She’s not the only one. According to one survey, approximately 21% of female matches send a message, compared to only 7% of male matches. As a result, if you connect with someone, you’re unlikely to have a conversation with them. “It appears that, rather than pre-filtering their mates using the like feature, many male users like in a non-selective manner and then post-filter after a match has been made.” The researchers wrote that “gaming the system impairs its operation and presumably leads to a lot of dissatisfaction.”

So let’s give softandanxious a round of applause. She struck gold in a world of digital dating disappointments. I mean, rock.

Here’s what others had to say about their hilarious conversation. 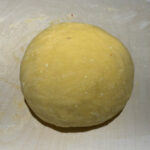