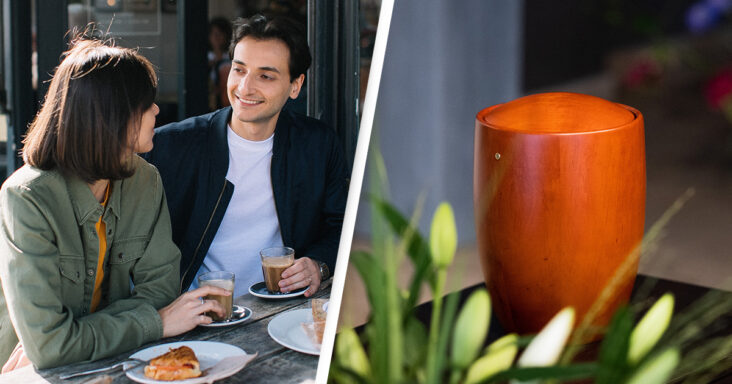 A woman was shocked when the man she went on a date with carried his late mother’s ashes with him after they met on Tinder.

The woman, who wishes to remain anonymous, hosted a BBQ for her Tinder match – but the ashes aren’t the only reason she regrets not swiping leave sooner.

The date began with the man coming late to the BBQ, admitting to the woman that he had driven around the property numerous times and was on the verge of leaving.

The woman went on to explain that the man just talked about himself, and that he never stopped talking about his family turmoil.

If that wasn’t terrible enough, the man had also brought his own food for the grill, which he refused to share.

He was more than ready to show me his mother’s ashes, which he had brought along in a vial.

The man grabbed the vial from his pocket as they sat down, according to the woman on Reddit. She was ‘flipping between if he was about to snort something unusual or make some sand-art’ when he caught her glancing at it.

She went on to describe how he assured her: ‘Oh, everything was really casual.’ ‘Please allow me to present you to my mother.’

The woman stated that she didn’t know whether to ‘laugh, cry, or run.’

The man went on to say that this was not the first time his mother has joined him on a particular occasion, and that he always brings a vial containing her ashes to ‘any big event.’

The man wore his late mother’s necklace and ring, as well as a half-sleeve tattoo devoted to her, in addition to the ashes in the vial.

The anonymous woman was quoted saying:

“Now, mind you, I’ve lost too many people close to me, and I do not judge people based on their grief cycles, we all cope differently and I respect that.

But homeboy brought a vial of his mother’s ashes and set them on the table for our first date. I simply could not.”

She went on to add that after her date finished his burger, she excused herself by saying she needed to finish some work.

Despite her best efforts, the man texted her before even getting into his car to drive away. ‘My mum really liked you, I can’t wait to see you again,’ read the text.

If the irony of bringing ashes to a barbecue wasn’t enough for you, listen to the woman’s date’s burnt retort. She responded to the SMS by adding that she didn’t feel the same way about him or his mother.

Users on Reddit expressed their surprise at the unusual turn of events in the comments section. ‘God Almighty,’ said one. I can’t imagine the social ineptitude of bringing only two slices of bacon to a barbecue, let alone not sharing them!’

“Wowza. Yeah, I understand people kind of word-vomiting when nervous but that’s unreal. I thought he invited an alive mother to tag along on the date, so I guess it could have been worse?“

And another top reply was:

‘Look you can either marry this guy or move because this dude knows where you live.’

Let us know in the comments about your thoughts on this story! 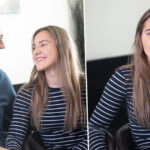