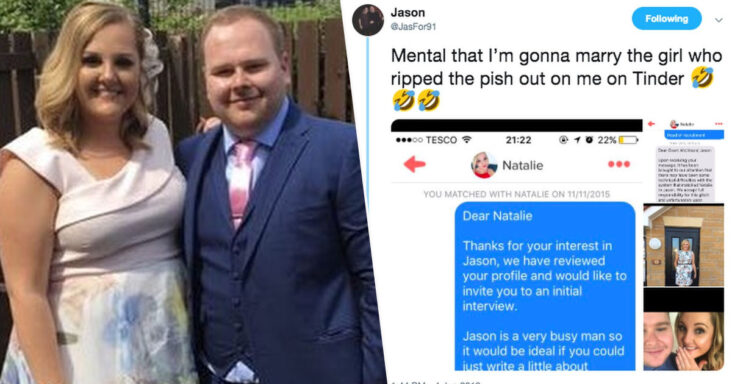 For some people, banter is the route to the heart, as one man discovered after falling in love with the woman who roasted him on Tinder.

While many people go for clichéd chat-up lines, 28-year-old Jason Forry opted to take a more creative way, in the style of a job application.

After exposing his Tinder approach online in 2015, the Scot went viral. However, it was the way he was cruelly rejected by his match, Natalie Anderson, that made him famous on the internet, not his approach.

He began the conversation by posing as Grant Aitchison, Jason’s romantic life’s ‘chief of recruitment.’ He decided to offer Natalie a ‘interview’ after they matched.

He expressed himself as follows:

We appreciate your interest in Jason, and after reviewing your profile, we’d like to invite you to an initial interview.

Jason is a very busy man, so if you could simply provide a brief summary of yourself, your interests, and so on, that would be wonderful. Best of luck with your application.

Some women may have gone all out in their response, including details about previous relationships, hobbies, and accomplishments, as well as a reference or two.

Natalie, on the other hand, was not having it.

She replied quickly and professionally, stating that the two had been linked by chance:

It was brought to our attention after getting your message that there may have been some technical difficulties with the system that matched Natalie to Jason.

We assume full responsibility for this blunder, and after reading Jason’s profile, we’ve determined that Natalie is incompatible with your client, so we’ll have to deny the interview at this time.

Despite the fact that he was shot down, Jason recognised the humour in the situation and chose to exploit the dialogue to win Natalie’s heart.

He messaged the 27-year-old and challenged her to a bet: if screenshots of their discussion received 200 likes online, she would have to go on a date with him.

Jason described what happened next as follows:

I was successful in obtaining the 200 points. On our first date, we went out for drinks and drank so much that a friend had to come pick us up and drive her home!

After a few more outings, the couple decided to make it official in December 2015. They moved in together a year later, and they even added Marley, a cat from a local animal rescue centre, to their household.

After two and a half years, the couple has gone viral once more — but this time no one was burnt.

Jason proposed to Natalie and posted a photo of her wearing her engagement ring on Twitter, along with screenshots of their first conversation:

He expressed himself as follows:

It’s insane that I’m going to marry the girl who cheated on me on Tinder.

The happy couple plans to marry in 2021, according to the message, which has been retweeted over 4,000 times and earned over 60,000 likes.

I’m sure none of them expected a marriage proposal as a result of a denied interview! 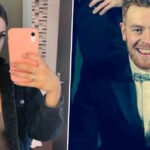 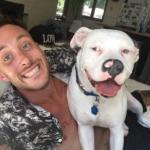