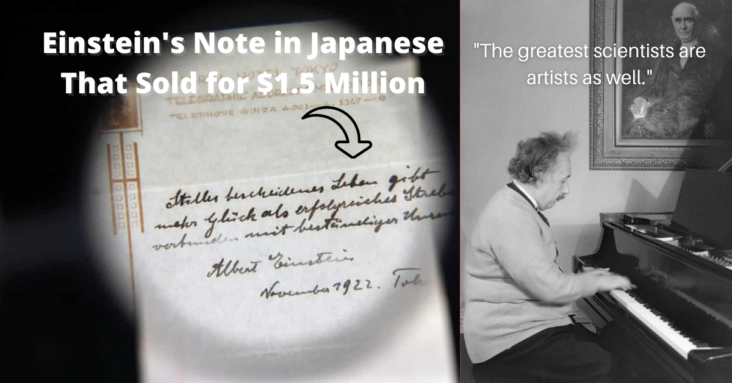 There is no question that Albert Einstein was a genius. He had an IQ of 160, and made some of the most groundbreaking discoveries in science. What many people don’t know is just how fascinating his life really was! From being a patent clerk to discovering the theory of relativity, there are so many interesting things about this man’s life that you might not have been aware of before. In this post we will share 10 fascinating facts about Albert Einstein that will make him seem like an even more amazing person than he already did!

1. Einstein once gave a note in lieu of a tip to a Japanese courier. The note said, “a quiet and modest life brings more joy than a pursuit of success bound with constant unrest”. It sold in 2017 for $1.56m.

2. Einstein failing a math exam is a myth. He failed the entrance exam to Zurich Polytechnic because he did poorly on botany, zoology and language sections.

3. Einstein Wrote a 1935 New York Times Obituary upon Emmy Noether’s demise to highlight her mathematical genius, which was oft-overlooked because of her gender.

4. As a child, Einstein’s Uncle Jakob introduced him to algebra and called it “a merry science”. He compared algebra to hunting a little animal. You didn’t know the name of the animal, so you called it “x”. When you finally caught the animal you gave it the correct name

5. Did you know about Einstein’s “Year of Miracles”? In one year he published 3 papers that changed modern physics. The first about the particle theory of light (won him his Nobel Prize), the second led to people accepting the existence of atoms, and the third introduced special relativity (E=mc^2). He was 26 Years Old.

7. Einstein’s support for pacifist, civil rights and left-wing causes in Europe had drawn suspicion from J. Edgar Hoover’s FBI, and after his arrival to America, the Bureau launched what would eventually become a 22-year surveillance campaign since the FBI believed Einstein was a Soviet spy.

8. Einstein and his wife once visited the enormous Mount Wilson Observatory with astronomer Edwin Hubble. When told that Hubble’s telescopes were revealing the ultimate shape of the universe, Einstein’s wife nonchalantly responded, “Well, my husband does that on the back of an old envelope.”

9. A Japanese professor searching to find out what happened to Einstein’s brain discovered that it was being kept in a mason jar by a retiree in Kansas, who would occasionally shave off slices with a kitchen knife and mail it to people if they asked for some of it.

10. Albert Einstein was also a gifted musician, playing both the piano and violin with exceptional skill. He once said: “The greatest scientists are artists as well.”

In retrospect, it’s hard to imagine that someone as brilliant as Albert Einstein could have been so misunderstood. But if you take a look at all of the facts we shared with you today, his life makes a lot more sense and he seems even more amazing than before! We hope these 10 fascinating facts about Albert Einstein will make him seem like an even more incredible person in your eyes too. Which fact was your favorite? Let us know in the comments below! 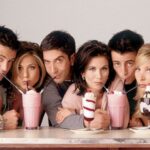 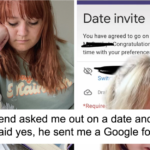