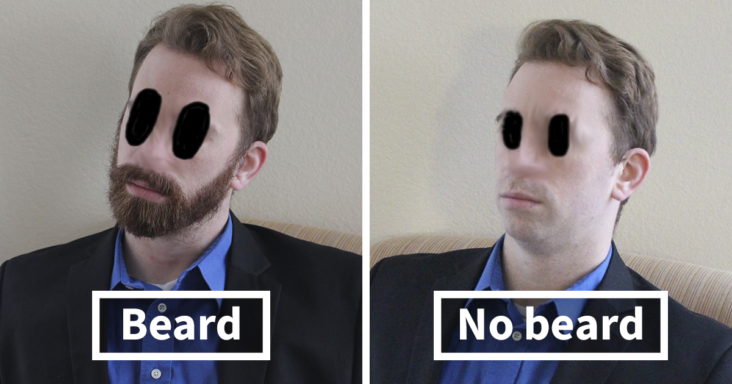 What a wonderful place Tinder is! Where else can you find such a large number of amusing dating profiles? The app, on the other hand, may be used for a lot more than just hooking up. This guy, for example, used it to conduct a large-scale sociological experiment that is far more serious than your thesis. And what was the crucial question he was looking for a solution to? Women within a 50-mile radius of his home preferred him with or without a beard. The vital stuff, you know.

“In order for this amusing experiment to work, I wanted to eliminate any prejudice that wasn’t tied to the beard.” To begin, I took five photos of myself with facial hair in various circumstances and wearing various attire. I’ve blurred out my face and eyes in the following photos for the sake of anonymity (and my own amusement):”

“I usually always prefer the beard,” the man who asked to remain nameless stated, “though I am now sticking with small amounts of stubble for the time being.” “I’ve tried internet dating in the past, but only with little success and for short periods of time. Transitioning from a Tinder match to a truly rewarding meeting is difficult for me.”

“In general, I’m not a fan of internet dating,” he added. “Tinder dating and other such services show men a vast number of women with the suggestion that any of them might be interested in the male, and it develops a strange degree of expectation that prioritises rapid closeness above deep connections.”

“I was shocked at how many people emphasised my quantity of accomplishments. To increase the pool of potential swipes, I took photos that put me in the best light and made me seem fascinating, and I chose a generic yet personal profile description.”

“In addition, swiping 100 times indiscriminately twice a day might significantly boost the number of matches you receive. The study’s goal, though, was not to maximise swipes. There are definitely more effective ways to research that.”

“The images above reflect the many types of images that I felt could improve my chances of finding a match” (and therefore increase my data pool). A casual business image, an animal picture, a moving image, and a social image are among them. “The image capture and photo selection were assisted by my friend, who is featured in the social image.”

“After we finished shooting the first batch of photographs, I entirely shaved my beard.” We then took a second set of photos in the identical costumes and postures as the first, but without the beard:”

“We did our best to reproduce the original photographs sans the beard in the aforementioned images. We underestimated how difficult this procedure would be, and some of the non-beard photographs differ slightly from the beard images. Overall, we felt the study could move forward because of the parallels.

The next stage was to build two dating profiles that were nearly identical. Tinder was the platform I chose for this experiment because of its high population and speedy swipe rate. The profiles were simple, with only a brief description, age, and occupation.

I installed an application called Parallel Space, which generates a distinct environment for duplicating apps, so I could run both accounts at the same time. Tinder’s free edition restricts each profile to 100 swipes every twelve hours, which is ideal for controlling my sample sizes.

Every 12 hours for five days (Sunday night to Friday night), I would open one profile, swipe right 100 times in a row, then open the other profile and repeat. Every evening, I’d add each match to an excel spreadsheet with whatever further information I could find.”

“Let’s start with the overall findings. What do Tinder dating ladies prefer to see on my face statistically: Beard or No Beard?”

“The bearded profile received the great majority of my matches (64 out of 94).” These findings don’t surprise me in the least. I’ve never been able to pull off a clean-shaven look, and I have a magnificent red beard that it would be a shame to lose. The breakdowns are where things get interesting:”

“I had not intended to make a date chart, but I preserved the data as a way of keeping track of inputs.” When I noticed a decrease in overall matches, I investigated my dates and discovered that the majority of the matches occurred shortly after I opened the account (since I created the account Sunday night, Monday was my first day of matching).

The early spike leads me to conclude that newly established accounts are given more prominence, but only for a limited time. This is likely to pique new users’ curiosity. I’ve also heard that making adjustments to an account will enhance the match rate, but I have yet to put this notion to the test.”

“Finally, the most significant discrepancy: race. As a precaution, when compiling the data for this category, I had to make a few generalisations. Tinder doesn’t have a race option, therefore the only women who answered their race were those who were sick of being questioned. As a result, there may be some minor inaccuracies in the race category, such as a person being wrongly classified as one race.

However, there was a significant difference in white women’s match rates between beard and no beard. White women matched with the beard profile twice as frequently as the non-beard profile. While there were slight declines for non-white women, the results were not statistically significant, especially given the anticipated data entry errors.

A little amount of overlap existed between the two profiles, with the same woman matching on both. Only a small percentage of the ladies who matched both profiles understood they were the same individual. After I explained my experiment to them, the ones that did found it hilarious.

I also encountered data degradation issues as a result of ladies mismatching my profile before the data could be recorded. I’ll never know if this was because they spotted both profiles and thought there was something suspicious going on, or because Tinder was removed.”

A beard enhances my appearance. Sorry, but I came to that conclusion on my own. The study found that the presence of a beard attracts higher initial interest than the absence of a beard, particularly among white women.

One caveat: every Asian lady I messaged on Tinder said she preferred a clean-shaven appearance to a beard appearance. When shown the study’s preliminary findings, they maintained their preference for no beard over beard.

The Internet Had A Lot To Say About These Findings 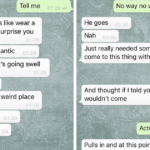 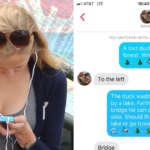