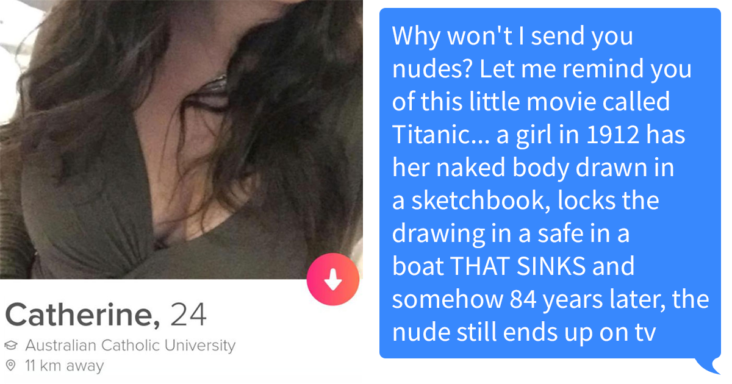 ‘Send nudes’ has become the punchline of many an Internet visual joke, in which you are given instructions to edit an image and are then given a tongue-in-cheek request for provocative photos. Unfortunately, there is also a more darker side to it, with many people, particularly women, being continually pressured to take photos of themselves on online dating sites and apps. Who knows where these deeply personal dating app photographs will wind up?

Catherine, a Tinder member, addressed the issue directly on her dating profile, making a playful connection with the film “Titanic” to make her point. “No one is safe!” she jokes, and after reading her hilarious Tinder bio, she’s right.

Not to be deterred, one man wanted to put Catherine’s idea to the test and cleverly exploited a loophole in the dating guidelines. She should submit nudes for her children, not for him!

Catherine was so taken aback by the inventiveness and wit of this guy’s pick-up line that she had to show it to her mother, who advised her daughter to send nudes as soon as possible. He’s gotten the girl in one fell swoop, won her mother’s blessing, and plans for children are already in the works. Sir, you’ve done a fantastic job!

Here’s what folks had to say about the amusing conversation.

Let Us Know What Do You Think in The Comments! 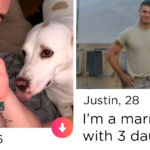