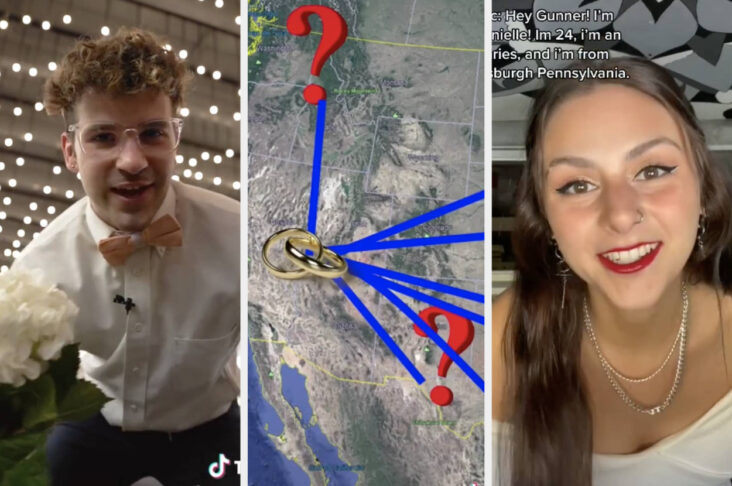 Gone are the days of Tinder, people are using TikTok to find their soulmates now!

Despite the fact that movie theatres around the country have largely remained closed, people all over the world have found ways to satiate their rom-com needs by turning to an unlikely source: TikTok. To grasp the significance of this small-screen retelling of the classic boy-meets-girl tale, you must first meet Gunnar Michels, a 24-year-old videographer who is giving the internet a new reason to believe in love.

Gunnar piqued many people’s curiosity by saying, “I want to marry someone from TikTok,” in a now-viral TikTok video that has topped over 1.3 million views.

In the video, Gunnar says, “I’m going to fly me and you — wherever you are — down to Las Vegas, where we’ll get married.” “I believe that people take life far too seriously, and I’m here to show that it isn’t. Let’s break some rules since life is a game.”

The only requirements for applying were that you be over the age of 18, that you tell Gunnar where you’re from, and that you explain what sets you apart from the other applicants.

Gunnar set a deadline and forced himself to choose someone after sifting through hundreds of emails, DMs, and FaceTime interviews. That is, until his video was discovered by the ideal candidate, who matched his intensity with her own.

Danielle Elleinad exploded into the scene with an application that had more than 7.6 million views, and she completely flipped the experiment on its head.

“I know I have to be the one to take this crazy adventure with you because nothing in life has ever been that serious to me and I’ve always wanted to get married in some crazy stupid way,” the 24-year-old said. “Plus, instead of flying to Vegas, we could just road trip down in my ambulance that I live in…and I could even just pick you up on the way. We’re only here for a short amount of time in life, so why not do whatever the fuck we want, right?”

With millions of people watching the narrative unfold — and the prospect of a road trip between two strangers — both Danielle’s and Gunnar’s comment sections were flooded with requests for her to win.

It’s safe to say that the internet got what they wanted! Gunnar chose Danielle as his bride-to-be after FaceTiming with her, and the couple set their wedding date for — of course — February 14.

Danielle expressed her family’s reaction to the unexpected news by saying, “To be honest, I didn’t think I’d get chosen at first, so it was just a silly ‘what if’ scenario. Then I was chosen, and the questions began to pour in. My mother is delighted with the situation; all she wants is for me to enjoy life in whichever way makes me happy! When I told them Gunnar was coming to see them, my father came upstairs with a shotgun, ha.”

A bachelorette party was thrown for Danielle by her pals.

Gunnar’s friends threw him a bachelor party too!

They even took fans on a road trip to Vegas, complete with stunning sights, freezing nights in Danielle’s converted ambulance, and a relaxing pre-wedding stay at a hotel.

When asked if she would go on a road trip with a stranger, Danielle replied, “I wasn’t too concerned because we seemed to share similar perspectives on life and were both quite laid-back. Plus, I’d already travelled across the country with a friend of my brother’s living with me 24 hours a day, so I assumed if I could do that, this should be a breeze!”

The big day arrived after six days on the road, and the couple’s wedding day clothing did not disappoint.

“The whole point of this shenanigan,” Danielle explained, “was to be spontaneous and have fun while building genuine connections with individuals.” Danielle, on the other hand, would tell commenters who say they’re seeing the couple fall in love, “I genuinely care about Gunnar, but love is a strong term. We’re probably going to stay in Vegas for a couple of days following the wedding, and then who knows?!”

Gunnar was vague when it came to his current feelings, but he did send the following message: “My friendship with Danielle has proven to me that life is, indeed, a game. You can play it whatever you want and with anyone you want. Danielle, no matter where we are, near or distant, know that I will always be there for you.”

While Gunnar and Danielle take their time after the wedding and let life happen, their fans are eager to see what happens next in the bizarre love tale that began with a TikTok video and an ambulance. 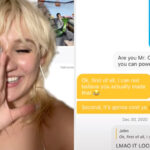 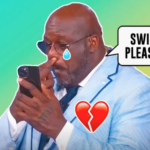